UPDATE, 13-9-2008: Malaysiakini reports that “Journalist Tan Hoon Cheng was released this afternoon and is now back at her house in Bukit Mertajam, Penang.”

How is Malaysia going to face the world with such draconian acts? 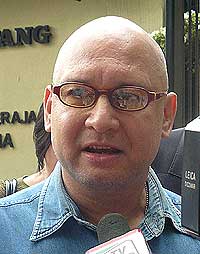 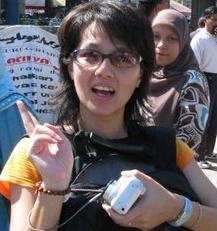 At about 1.00 p.m. today, Raja Petra Kamarudin (RPK) was arrested and detained under the Internal Security Act (ISA). If RPK has committed an offence then the Government should charge him in Court. DETENTION OF ANY CITIZEN UNDER ANY PREVENTIVE LAW WITHOUT A FAIR TRIAL CAN NEVER BE JUSTIFIED IN A DEMOCRATIC SOCIETY! All Malaysians should hang our heads low in shame for allowing such a draconian act against a citizen to happen in the 21st Century. END_OF_DOCUMENT_TOKEN_TO_BE_REPLACED

Sin Chew Daily journalist Tan Hoon Cheng has been arrested today under the Internal Security Act at 8.30pm at her home in Bukit Mertajam, Penang.

She is the second person to be arrested today under the tough security law which allows for detention without trial.It is learnt that she has been taken by the police to the Penang police headquarters.

Tan had reported that local Umno chieftain Ahmad Ismail had allegedly said that Chinese Malaysians are “squatters” in the country.

Her report sparked a nationwide outcry, resulting in Ahmad being suspended by Umno for three years after an emergency meeting on Wednesday.

Sin Chew had three days ago came out strongly to defend Tan, who was accused by Ahmad for misreporting his comments.

Being a victim of this unjust law myself, I vehemently abhor and denounce all detentions without trial which the ISA is designed for. As far as I can see the ISA, brainchild of the British colonialist to curb communist activities, has been continuously abused by the administration-of-the-day for its own political gain. Truth be told, communism is no longer a threat to our beloved Malaysia and the ISA certainly no longer has its place here, too.

So my question to the Badawi administration therefore: Why the need to invoke the ISA when there are more than sufficient laws to take care of Raja Petra and Tan Hoon Cheng’s alleged wrong doing?

Let justice be served. Give them the opportunity to tell their side of their story. If the Court still finds that they have broken the law, then by all means jail them. To use the ISA is to practise totalitarianism which is totally undemocratic.

I appeal to the good sense of the Badawi administration to release Raja Petra Kamarudin and Tan Hoon Cheng without further delay or charge them in court.