The residents of Platinum Hill Condo had had months of restless and sleepless nights. They had also lodged complaints against Platinum Victory Sdn Bhd for continuously flouting the law by carrying out construction work past working hours and during Sundays and public holidays but Jabatan Bangunan of DBKL just ignored their complaints.

They sough my help and I wrote several letters and emailed them to DBKL’s Complaints Department. On 22 August 2008 a meeting was held with all parties including Platinum Victory Sdn Bhd and DBKL had decided that the permitted working hours for the said project for Mondays to Saturdays will be 8:00 am to 6:00 pm and there should be absolutely no construction work on Sundays and public holidays.

Platinum Victory abided by DBKL’s ruling until last week when the company went back to carrying out construction work again till late at night and on Sunday too. 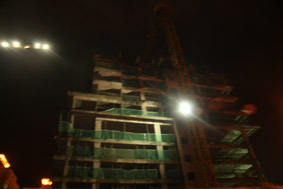 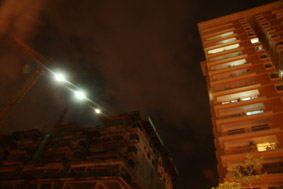 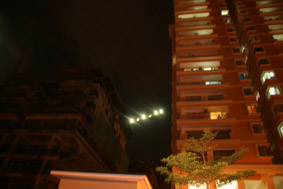 On 14 October 2008 I received a complaint from the residents about this recurring problem and I immediately sent an sms to the DBKL manager in Wangsa Maju for him to take action. When there was still no action after 3 sms(es) that were followed by an official letter to Jabatan Bangunan, I then decided on the morning of 16 October 2008 to send sms(es) to the Ketua Pengarah, Datuk Salleh Yusuf and Timbalan Ketua Pengarah, Datuk Amin.

As usual DBKL came up with all sorts of reasons why they cannot take actions against Platinum Victory because the company- so said they – had been granted a special permit to work until 10:00 pm every night. But the truth is there was never such a meeting held to grant this special permit. The other irksome observation that we have noticed is also this: by now it has become common knowledge that the Pengarah in Jabatan Bangunan has been unusually and uncharacteristically very “developer friendly” and it doesn’t take rocket science for us all to know the reason WHY!

And just when we thought all our efforts had been wasted on DBKL’s famed lackluster public service, we were suddenly greeted with good news. On the afternoon of 19 October 2008, three days later, I received a message from one of DBKL’s officers that the construction worksite belonging to Platinum Victory in Taman Melati U2 had been sealed. DBKL even pasted a notice to the effect at the worksite’s entrance. 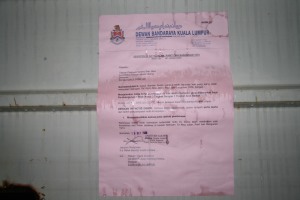 Despite our moral victory on this issue, something about DBKL still bugs me no end though. I just don’t understand why DBKL officers can’t seem to work on their own to ensure that developers adhere to the conditions laid down in the Development Order.